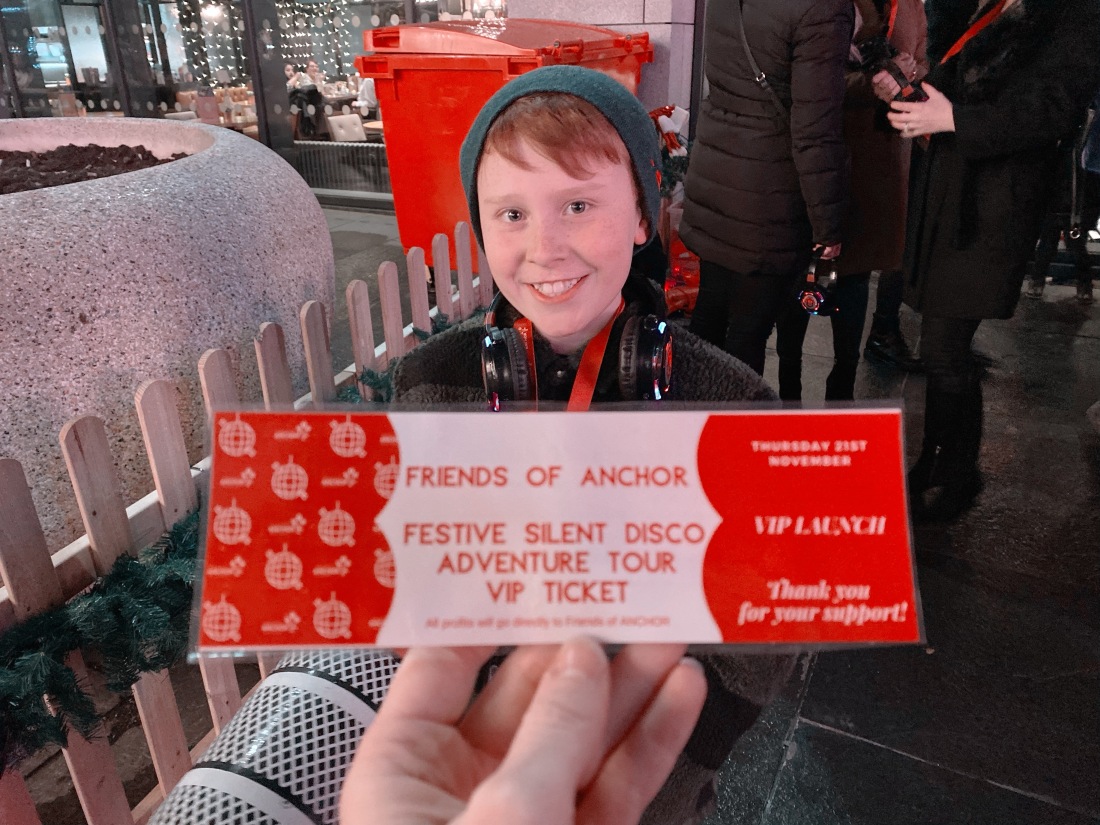 I had never been to a silent disco prior to last night so although I had an idea, I really did not know what to fully expect. Quinn and I were each given a set of headphones at the start of the tour by the lovely Lauren from Jeff and Lauren in the Morning over on Northsound 1. Lauren started our tour off, before handing us over to our tour guide from Silent Adventures, the team that brought you this year’s Edinburgh Fringe Silent Disco. Our tour guide led us around the village for half an hour of music, dancing and festive fun! Each time I took in my surroundings, everyone involved in the tour were dancing with the biggest smiles on their faces! The most magical thing happens once you have those headphones on, you dance like no one is watching! Both Quinn and I had so much fu, we did not stop laughing throughout! There were some Disney hits of course which made our night! I would definitely recommend the tour for an evening of family fun to get you in the festive mood, all while raising funds for a precious charity.

Tours take place in the Aberdeen Christmas Village and surrounding area and tickets can be pre booked by emailing info@friendsofanchor.org. A limited number of tickets can also be purchased on the day from the ticket booth at the Christmas Village. The attraction is suitable for ages five and over, but babies in arms are welcome at no charge. Unfortunately prams cannot be accommodated for on the tour.

Tickets are priced at £10 per adult, £7.50 per child (age 5 to 12) or £25 for a family of four (two adults and two children). Information on dates and times can be found here. By supporting this festive, fundraising campaign, you will be supporting the thousands of people affected by cancer or haematology diagnosis, who receive treatment in the North East of Scotland. All profits go directly to Friends of ANCHOR which is amazing!

Some items in this post are gifted. As always all views and experiences are my own.