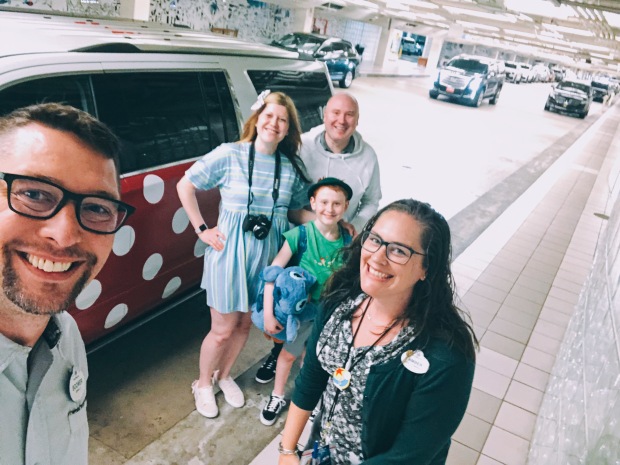 The biggest surprise of our last Walt Disney World trip was of course Quinn finding out about our stay at Disney’s Polynesian Resort. Today I’m going to talk about how we managed to keep it a surprise and what magical little treat was waiting for us at Orlando International Airport.

Our Little Peter Pan’s favourite resort is the Polynesian and last time we stayed there, he got sick and we spent two days in our hotel room. Not the best memory to have of your favourite place, so Kevin and I really wanted to make it up to him. We told him that we were going to stay at Pop Century, not a total lie as we were for the last two nights until we swapped it out for Grand Destino at Disney’s Coronado Springs Resort! 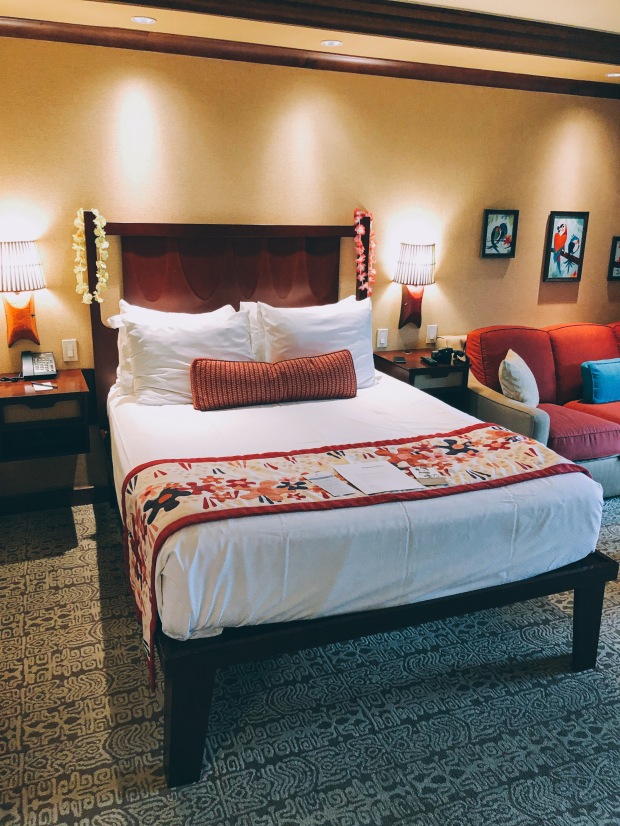 As we were staying on the Monorail loop for most of our trip, we didn’t hire a car and booked Disney’s Magical Express to take us to the Polynesian. Our plan was to check in at the Magical Express desk and when we got in line, point out to Quinn that our bus wasn’t going to Pop Century but Polynesian instead! 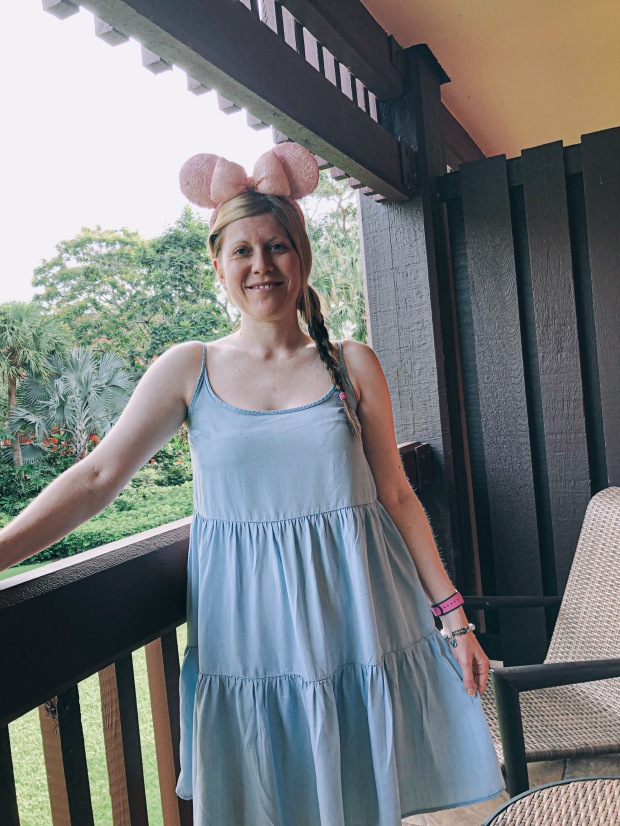 Upon arrival at Orlando International Airport, we collected our luggage (after an hour delay due to lightening!) and made our way down to ground transportation. As we approached the desk Quinn called out to Boomer, a Minnie Van cast member who had driven us around Walt Disney World! He came over and gave us the best news, he was driving us straight to the Polynesian in his Minnie Van! We were all very surprised and extremely grateful! The Minnie Van Service Airport Shuttle picks up or drops off between Orlando International Airport and any Walt Disney World Resort hotel. 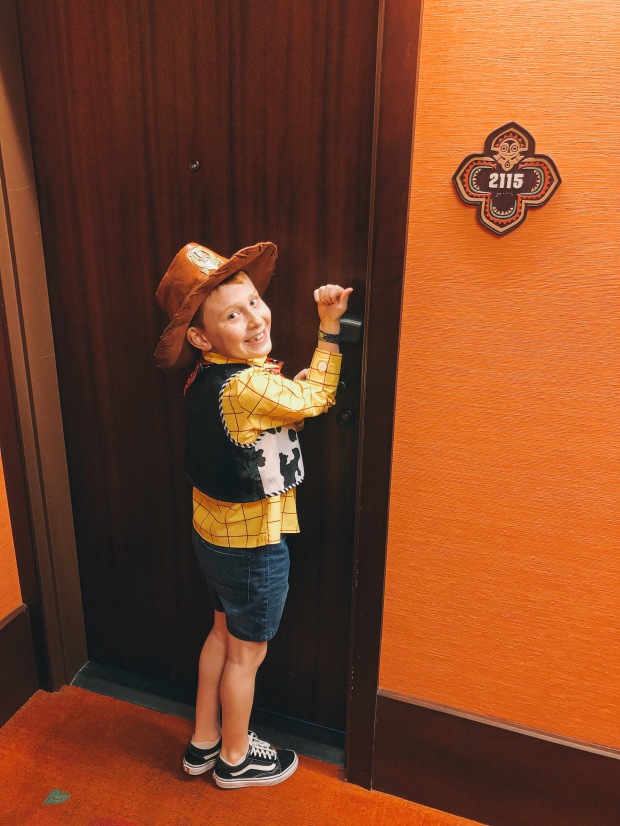 This was our first experience in a Minnie Van outwith Walt Disney World and it was magical! Boomer helped us with our bags, made us feel comfortable and best of all, was in on the surprise for Quinn! Inside the Minnie Van, Boomer put on the TV which was showing movie shorts for Quinn to watch. There was a selection of super cute Disney World books for us to read including It’s a Small World and Haunted Mansion. Snacks and drinks were plentiful and included a selection of coke products, Smart Water and Ghiradelli chocolates and candy. Boomer spoke about the upcoming attractions and what is new to the Walt Disney World Resort since our trip in January. Quinn’s little face was a picture when we pulled into the Polynesian and he discovered we were staying there! You can watch his reaction here and subscribe to my Youtube channel Pixie Planner to watch our current vlog series from the trip. A new video is uploaded each Sunday at 7pm UK time. We can’t thank Disney enough for gifting us this extra pixie dust to our trip!

In true Polynesian style we were greeted with some leis and stopped by the front desk to collect our Annual Pass Magicbands that had been delivered. Our room was located in the Pago Pago building which we love as its next to the pathway to the Transport and Ticket Centre making it easy to get back from the Magic Kingdom and Epcot. The new East Pool is right around the corner with the pool bar and soda machines which we use a lot. The DVC studio rooms in Polynesian are our favourite as a family as there is so much space and make us feel so comfortable. Quinn visited the Lava Pool and Kiki Tiki’s Splash Play, we ate dinner in Ohana’s and brought back a Captain Cook’s to our room each night. We had the most wonderful four night stay!

Is Polynesian your favourite Walt Disney World Resort hotel? I would love to hear all about your Disney Resort adventures! 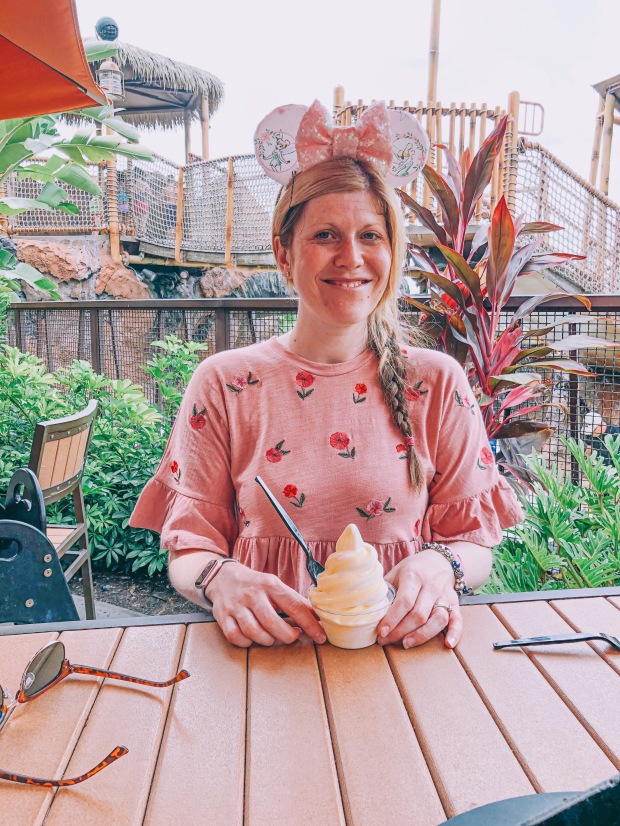 Some items in this post are gifted, as stated. As always all views and experiences are my own.