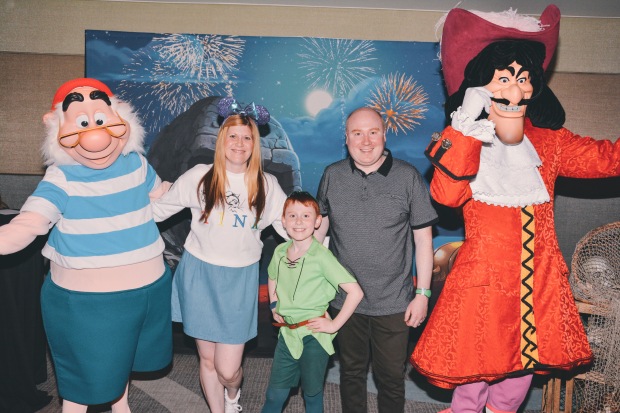 One of my Little Peter Pan’s favourite special events at the Walt Disney World Resort is the Pirates and Pals Fireworks Voyage. It’s hard to believe that the cruise was one of the first special events we ever brought Quinn to back in 2013 and he loves it just as much as he did back when he was two! Today I’m going to talk about our most recent Voyage during our trip in January where Quinn, Kevin and I were lucky enough to be invited along to by a friend.

The cruise sets sail nightly from the Contemporary Resort and provides a fantastic entertainment including a spectacular view of the Magic Kingdom fireworks from Seven Seas Lagoon and Quinn’s favourite part, the characters! We were staying at Bay Lake Tower, so with a short ten minute walk and we were at the check in desk on the second floor. We were met by a Cast Member who gave us our pirate bandanas and assigned us a row number on Hook’s boat for the evening. Depending on demand Hook and Smee each have a boat, but this evening there was just the one. We went on a little scavenger hunt around the third floor of the Contemporary to which Quinn received some pirate treasure upon completion which was right up his street! We had a little time to spare, so we found the colouring station that had been set up and Quinn happily coloured until the doors to the opened. 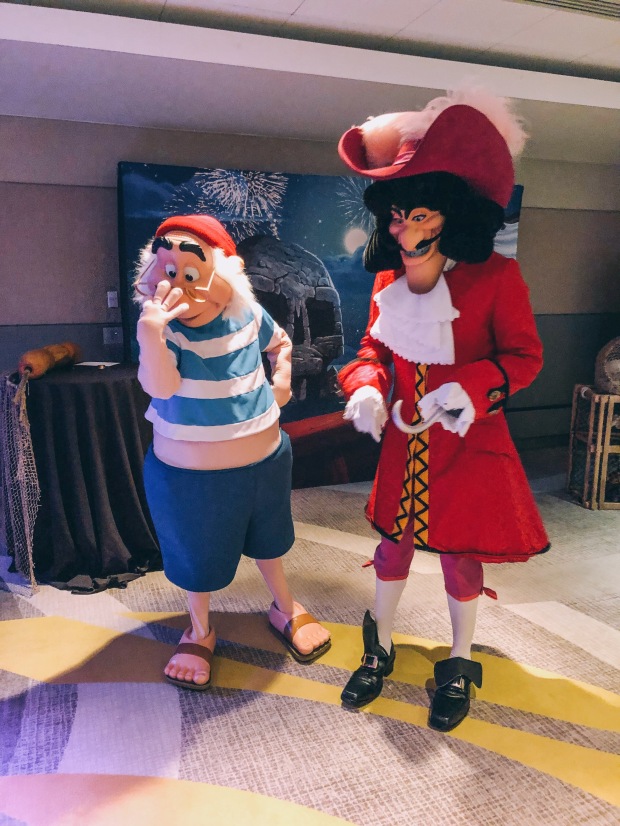 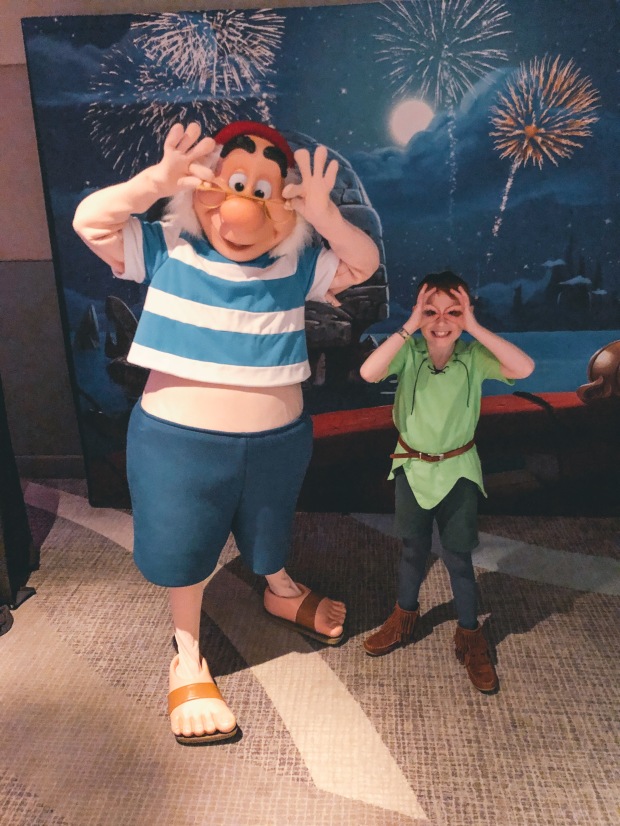 Pirate Patch welcomed us in and announced that some special guests would be joining us, Captain Hook and Smee. Quinn ran over and immediately started interacting with Hook! I love how much he adores meeting with the characters at Walt Disney World and Hook and Smee are certainly two of his favourite characters. A Disney Photopass Photographer was present and took lots of fun shots for us which was wonderful. After Little Peter had battled the pirates, it was time to grab a snack. Available on the evening were chips and salsa, fruit, pretzels, cotton candy, cookies, mini cakes and a selection of ice cream bars. Drinks included water, coffee, lemonade and pirate punch. There was a large treasure chest filled with chocolate coins and Quinn had the time of his life playing along with Captain Hook and Smee as they hid and stole one another’s coins! The atmosphere was very relaxed and the characters went around dancing with the children to the pirate music playing in the background.

Pirate Patch gave a five minute reminder to anyone that needed to use the restroom before boarding the boat, as important to note there are no bathrooms on board! Quinn was announced as Flag Bearer and First Mate to our surprise! We have been on the Pirates and Pals Voyage many times before and he has never had this opportunity, so to say he was delighted was un understatement! We headed to the boat dock and Quinn walked with Captain Hook bearing his flag, if only Peter Pan could have saw him! Hook and Smee waved us goodbye as we headed out to Seven Seas Lagoon. As we sailed around the resorts, Pirate Patch lead the singing and cracked some funny (or terrible) jokes.

It was then time for the breathtaking view of Happily Ever After fireworks. It truly is a wonderful experience and brings me to tears each time. Walt Disney World means so much to our family and knowing we had to say goodbye the next day made it a very emotional evening. As the boat headed back to the Contemporary, Captain Patch hosted a quiz with a treasure chest filled with prizes which he handed to all the children on board. There was time for just one more treat but I wouldn’t want to ruin the surprise as to what or who it was!

Pirates and Pals Voyage is currently $75 plus tax per adult and $45 plus tax for kids aged 3-9 but prices are subject to change. It really is a night of swashbuckling fun and we cant wait to join the adventure again soon!