Last weekend our little family made the 500 mile trip to London for something very exciting indeed. My Little Peter Pan received an invitation from Rubies UK to attend a Horrid Henry event held at The Bafta 195 Piccadilly. The event was arranged by Novel Entertainment, and today I’m going to talk about the event and our experience at the iconic venue.

Quinn was of course beyond excited and chose to wear his Horrid Henry outfit that Rubies UK had sent him previously. The event showcased three brand new Horrid Henry episodes that Quinn giggled his way through! Henry really is Horrid and leaves everyone gasping in delight at the trouble he manages to get himself in to! Two preview episodes were screened, followed by a Q and A with series writer and producer Lucinda Whiteley, and voice actors Lizzie Waterworth-Santo and Aiden Cook. Quinn couldn’t believe it when he discovered that Lizzie is the voice behind Horrid Henry himself, Aiden being the voice behind his favourite character Miss Battle-Axe. 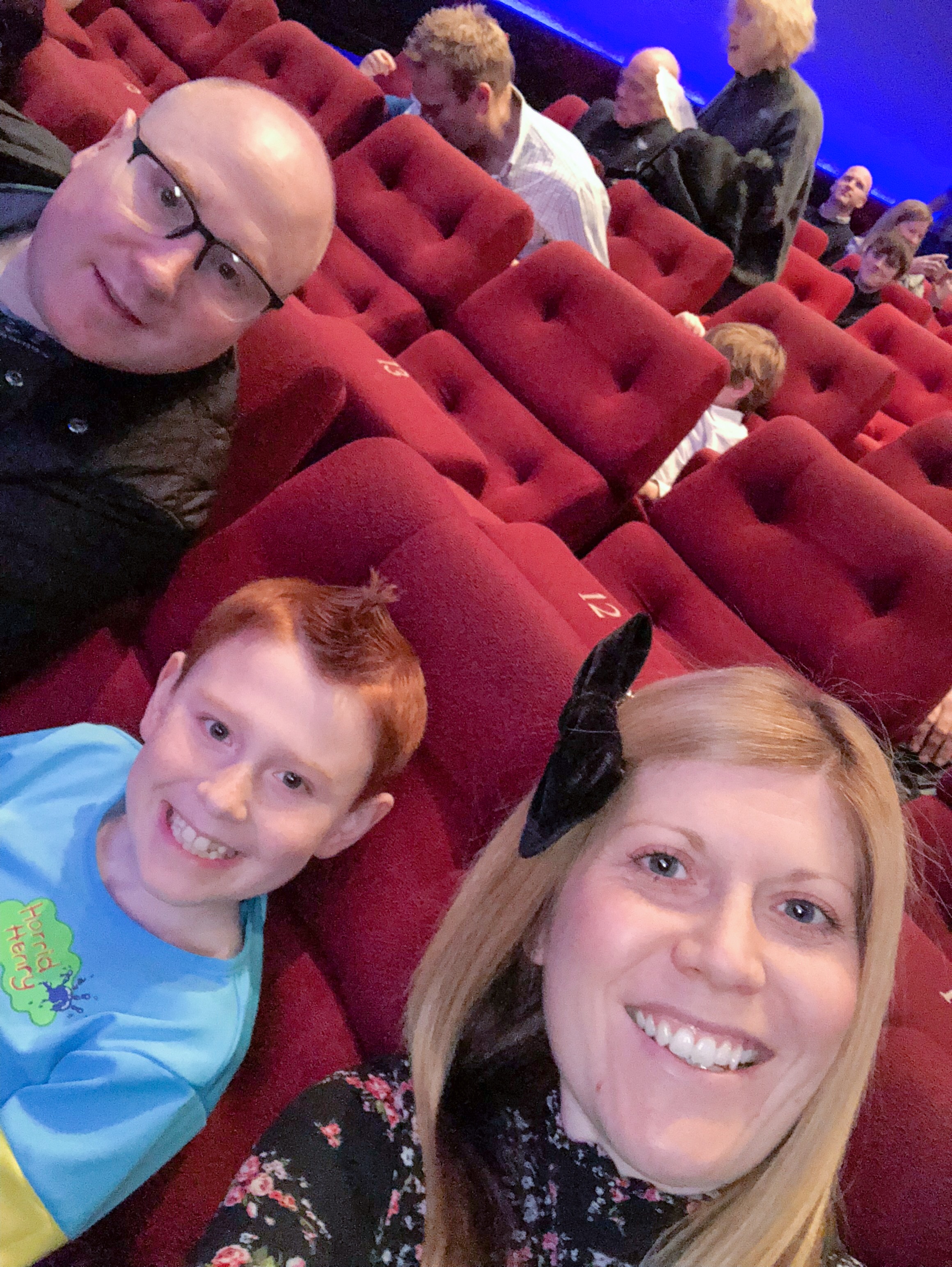 The Q and A itself gave an insight into what it takes to make a Horrid Henry episode and how much work goes into each one. The voice actors were each given an opportunity to share why they chose their career and how they landed their roles. Lizzie Waterworth-Santo gave an exceptionally relatable talk about staying true to yourself and never to let anyones negative opinions hold you back. She encouraged the audience to always belief in yourself and your abilities, and set a fantastic example for the children present. A few upcoming secrets were revealed, so stay tuned to Horrid Henry to find out what they may be! 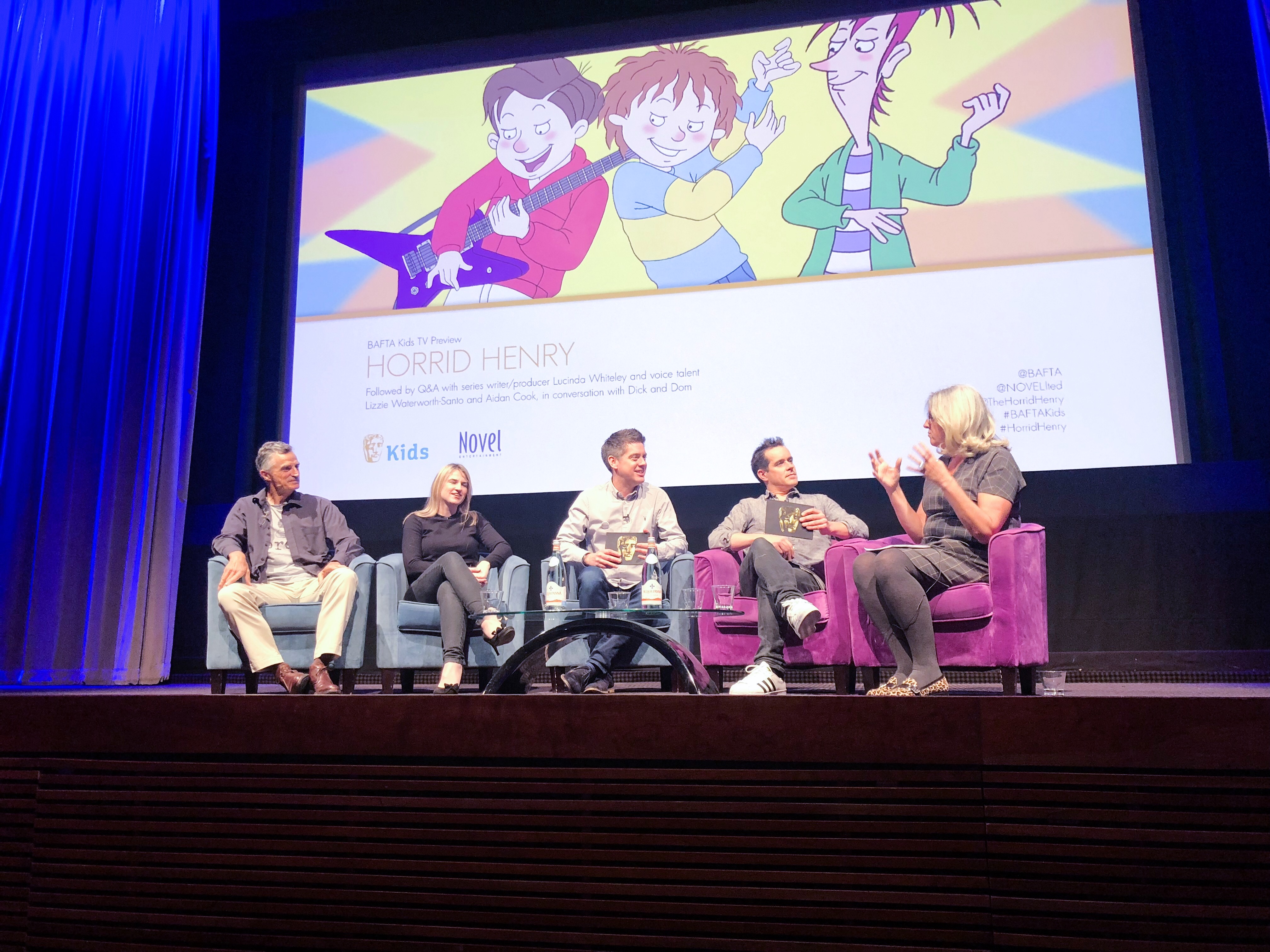 The third preview episode was shown, then the presenters of the event Dick and Dom asked everyone to put on their Horrid Henry masks that were kindly given to us by Mask-arade and took a selfie with the audience. I saw the captured shot later and it looked brilliant, such a fun memory! We were given the opportunity to meet Dick and Dom on stage after the event and Quinn got all giddy! 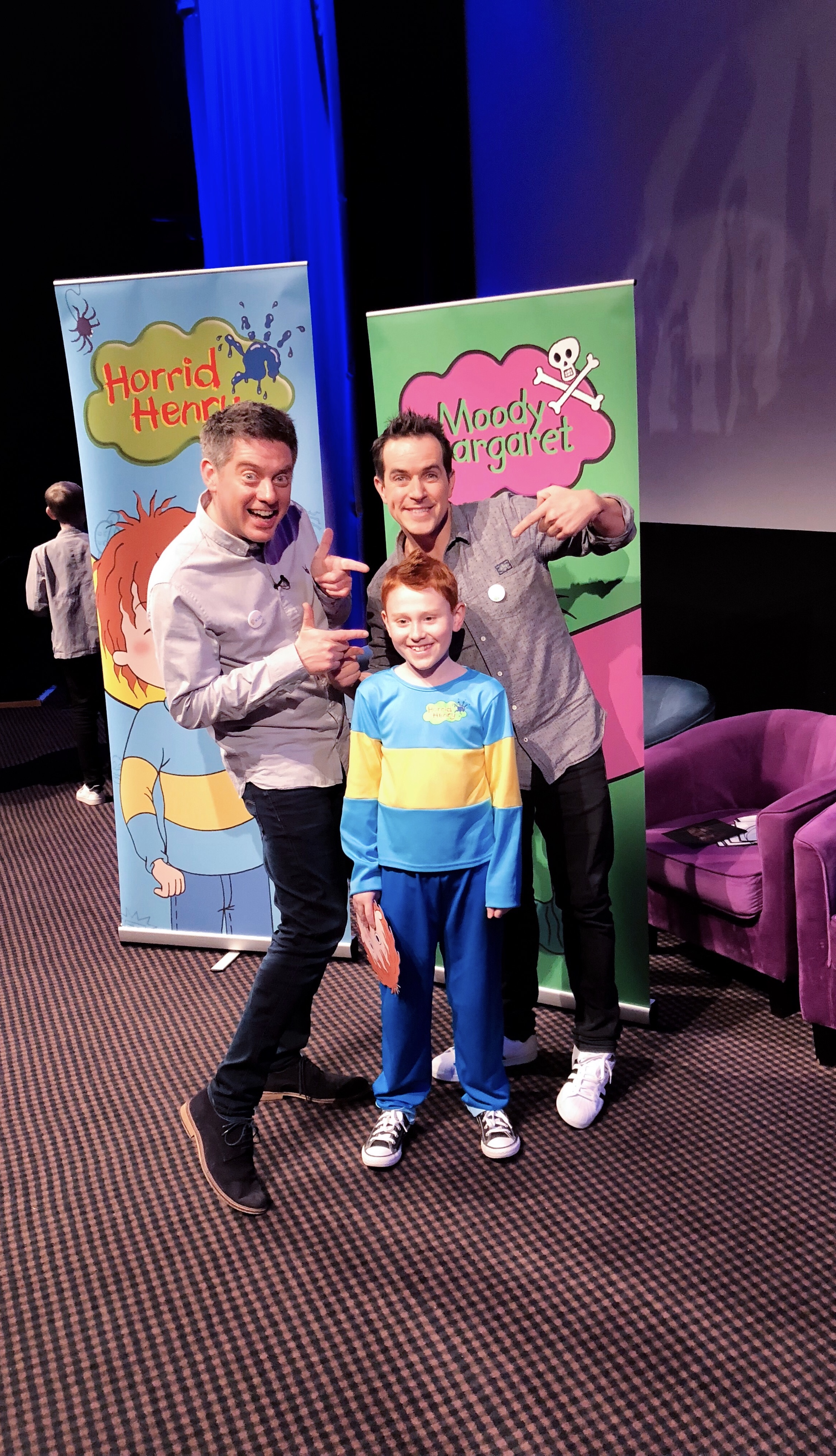 The whole event was such a wonderful experience, and I can’t thank Rubies UK enough for allowing my seven year old to travel to London and represent his favourite brand at the Bafta Piccadilly.