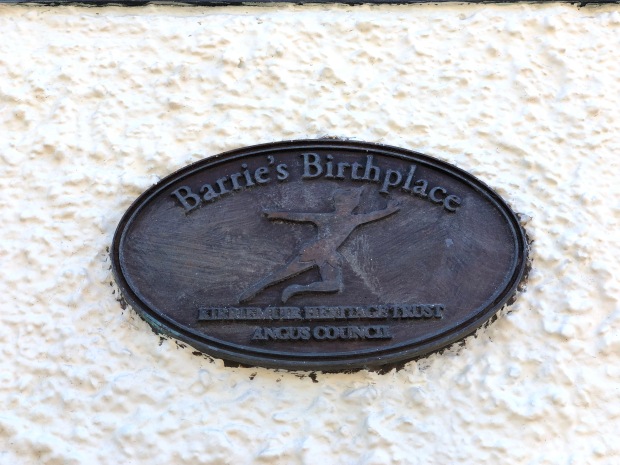 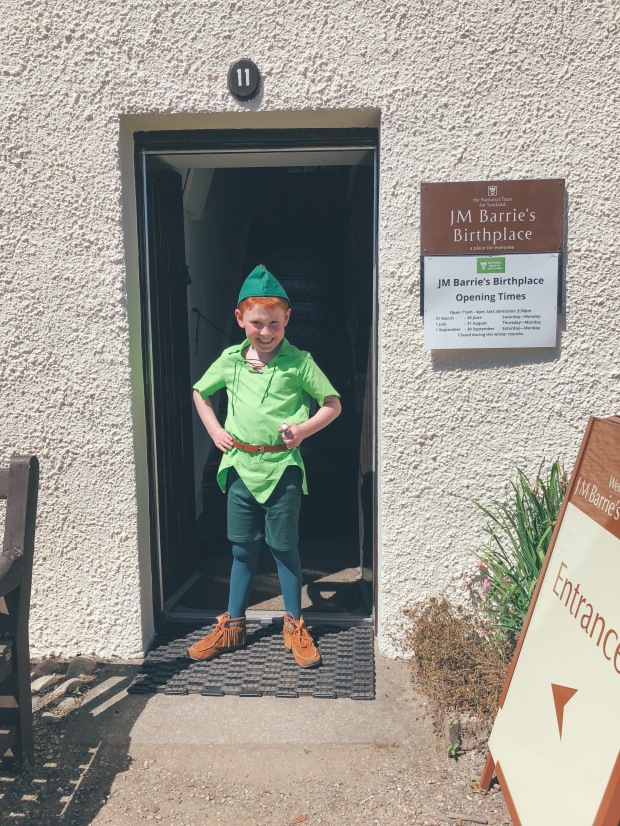 At the weekend the sun was shining so we decided to take another trip to our Little Peter Pan’s favourite place out-with Disney, Kirriemuir in Scotland. You may remember Kirriemuir from a previous blog post I wrote about a very special place to us, the Never Land play park which is located there. We had been waiting to visit the birthplace of JM Barrie for a while now and it felt like a perfect time to visit the magical little white cottage. Quinn is fascinated with JM Barrie, so it was such an adventure for him to visit his childhood home and to experience through his eyes what his life would have been like. 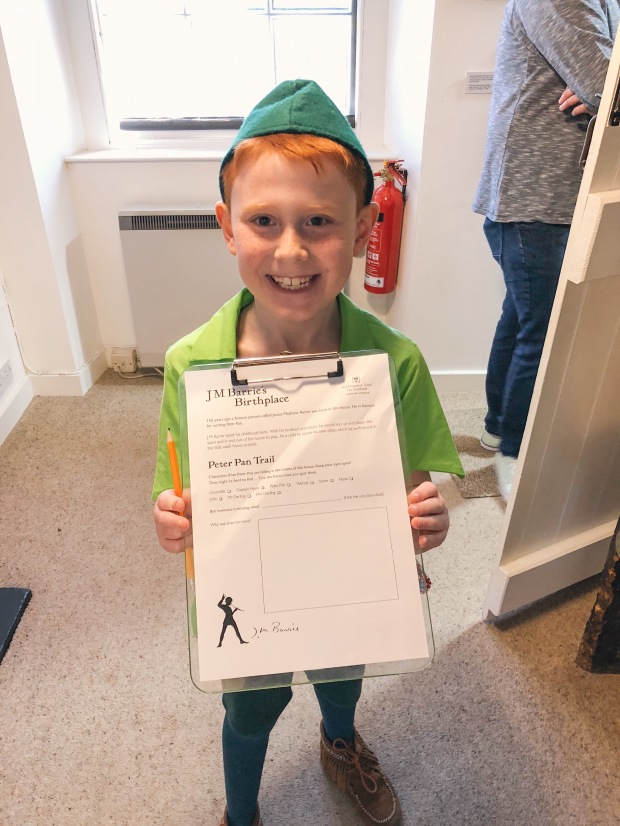 Upon entering the cottage, there was a little gift shop that sold some Peter Pan books and small souvenirs. The admission fee is also paid here and Quinn received a Peter Pan quiz and a little trail to complete on his way around. He had to search for characters from the Peter Pan story in every room and it was really fun for him to complete. 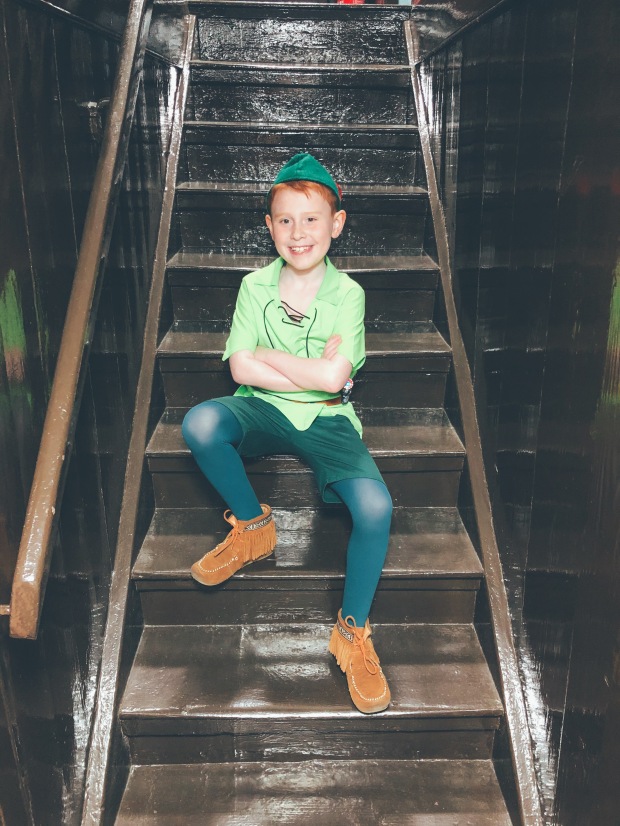 The exhibition began by telling the story of a young JM Barrie and his family life. It then went on to display some of Barrie’s literacy and theatrical works, including his desk from his London flat where he of course wrote Peter Pan. This was Quinn’s favourite part of the museum and he was overjoyed to sign his name in the guestbook that sat upon the desk. As a boy, JM Barrie would run and play on the stairs of his home and it pulled on my heartstrings to see my little boy who never wants to grow up at the place where it really all began.

The upstairs rooms of the cottage were more museum like and set to display how it would have looked to live here with his seven brothers and sisters. There were some precious memorabelia that resembled both joy and tragedy that his family had to face whist living here. The play room featured a colouring station and some dressing up clothes so you to can reenact the story of Peter Pan. Quinn was already dressed for the part, but he enjoyed trying out the pirates hats and hooks and tried his hardest to get me to wear one of the Wendy dresses! 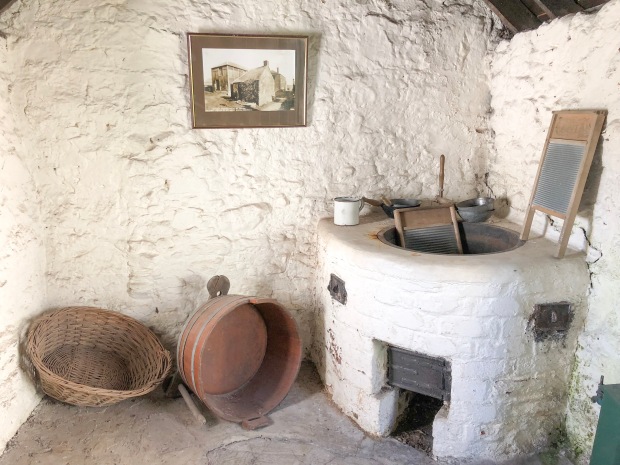 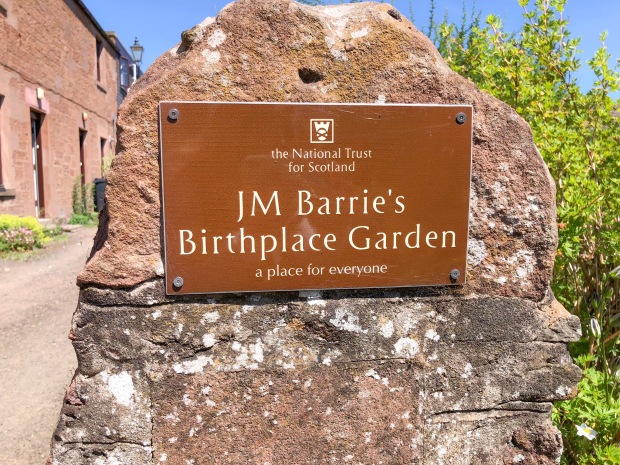 Outside the cottage, the washhouse stands which JM Barrie used as his first theatre to perform plays in at the same age Quinn is now. There was also a lovely garden which is open to everyone and includes a statue of Peter Pan and some fun little treasure chests and barrels to explore. 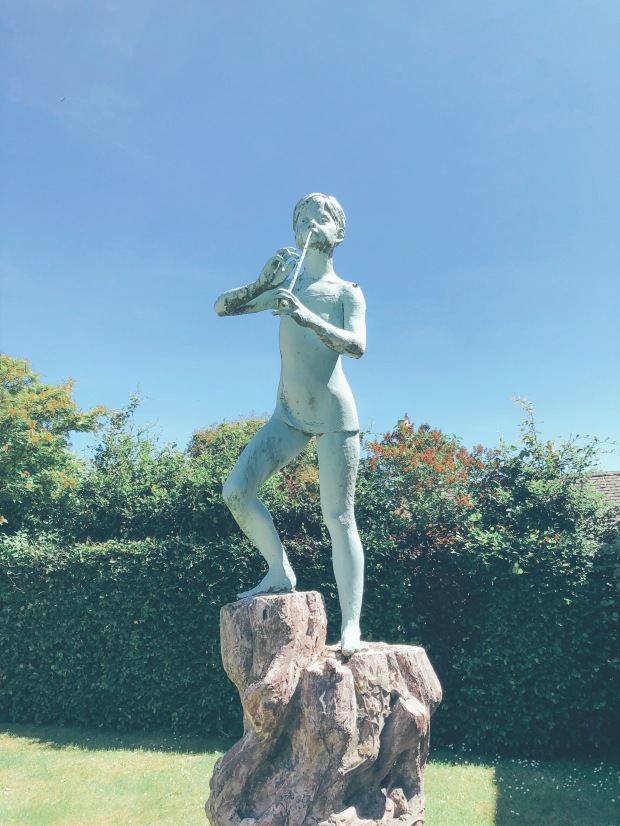 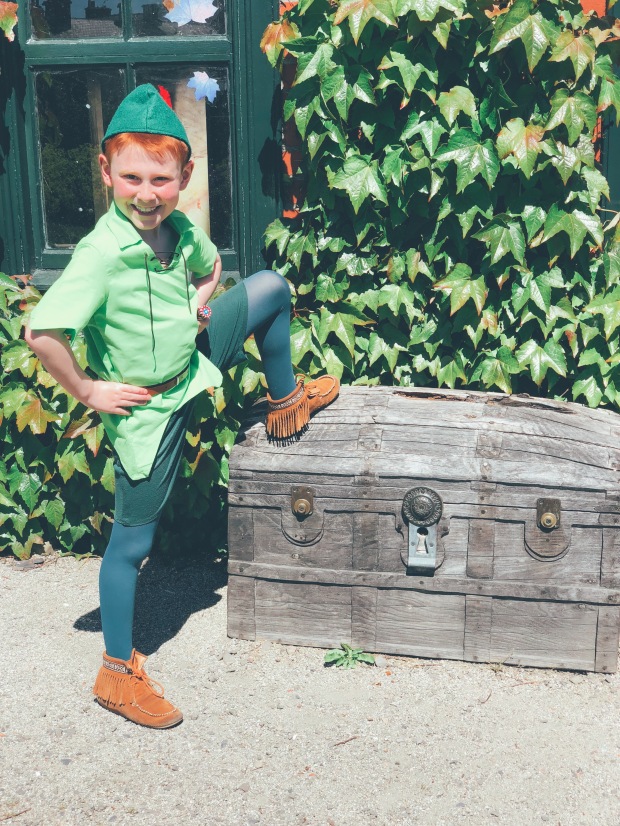 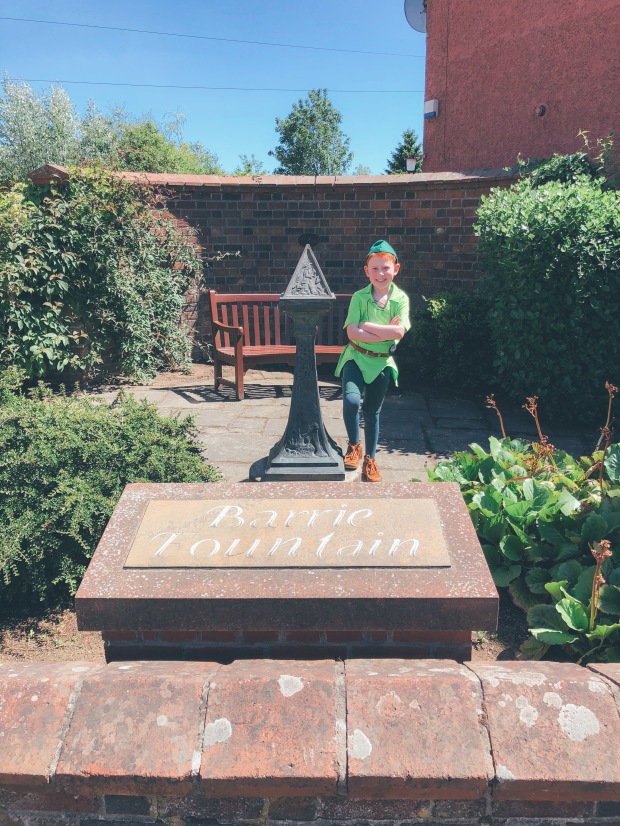 We took a walk around the corner and found the memorial fountain in the Barrie garden. It read “In memory of James M Barrie, novelist and playwright, 1860-1937”. Quinn loved the artwork including Captain Hook and a pirate ship, Tick Tock, Tinker Bell and Peter Pan himself. Kirriemuir is such an idyllic little town and I’m so happy we can visit and take in the magical history so often.