This kid, my little Lost boy who never wants to grow up has my whole heart! To look at his pictures in his many Disney outfits, you would never believe that he didn’t start dressing up until he was 3 years old.

On Quinn’s first trip to Walt Disney World, he was 21 months old and we thought it would be cute to pick out a little outfit for his very first Mickey’s not so scary Halloween party. At that time his love was for all things Toy Story and with Woody being his favourite character, a Woody outfit seemed perfect! 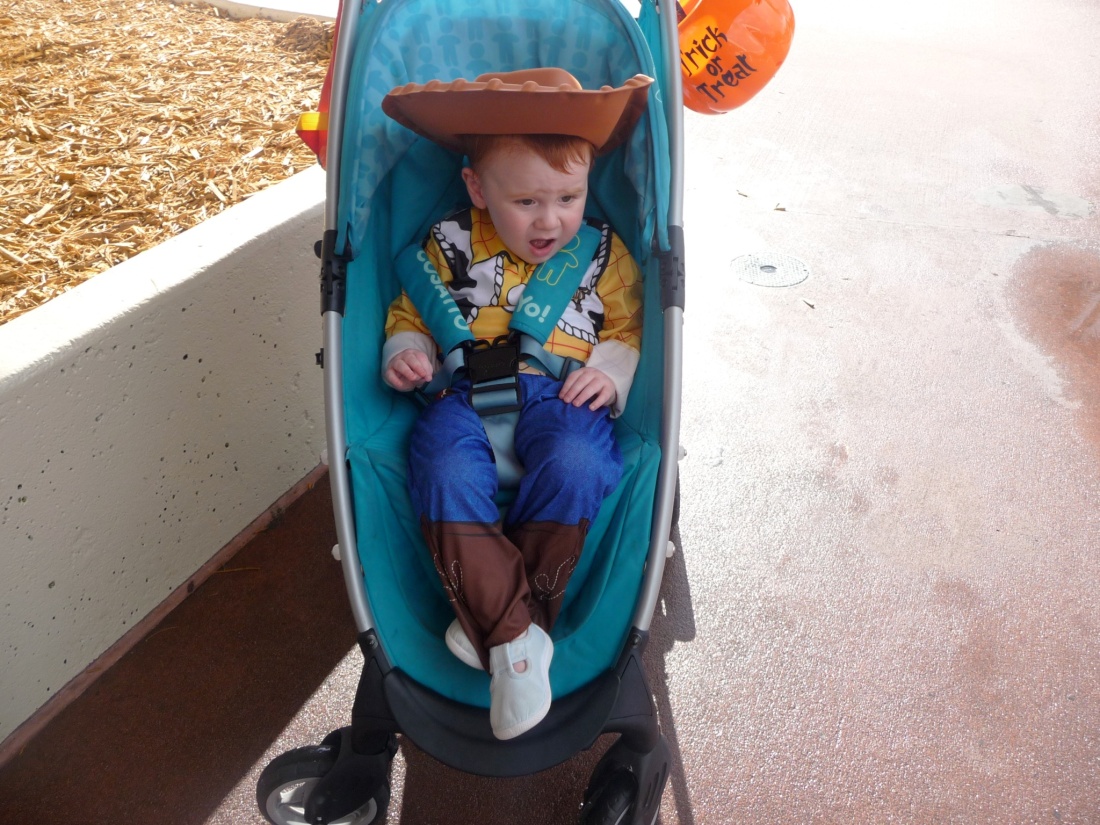 He fell asleep in the car on the way to Magic Kingdom, so we popped on his hat and he continued to sleep in his buggy on the journey across Seven Seas lagoon on the Ferryboat. When he woke up inside Magic Kingdom he wasn’t happy with what he was wearing at all, continuously throwing his Woody hat on the ground! That all changed for a little period when we met Mickey and Minnie at Town Square Theater. Mickey took Quinn’s Woody hat and placed it on his head! Quinn was not amused and wore his hat most of the evening once Mickey gave it back! 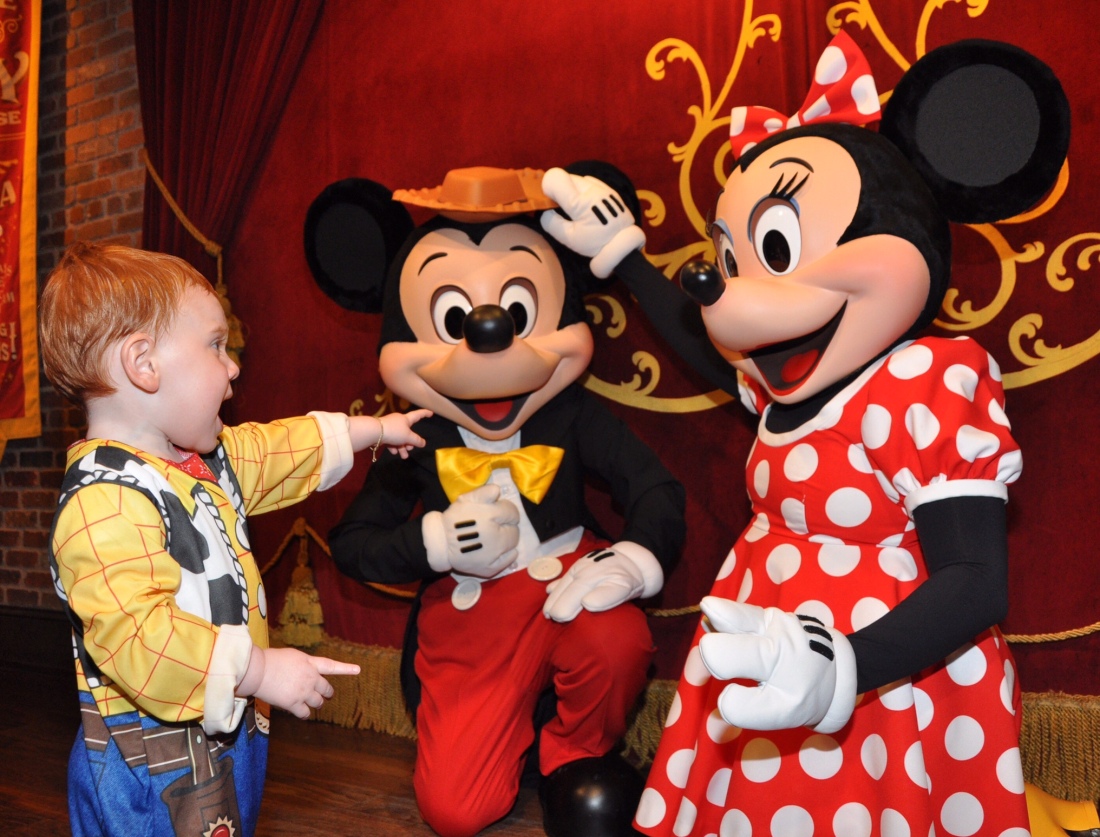 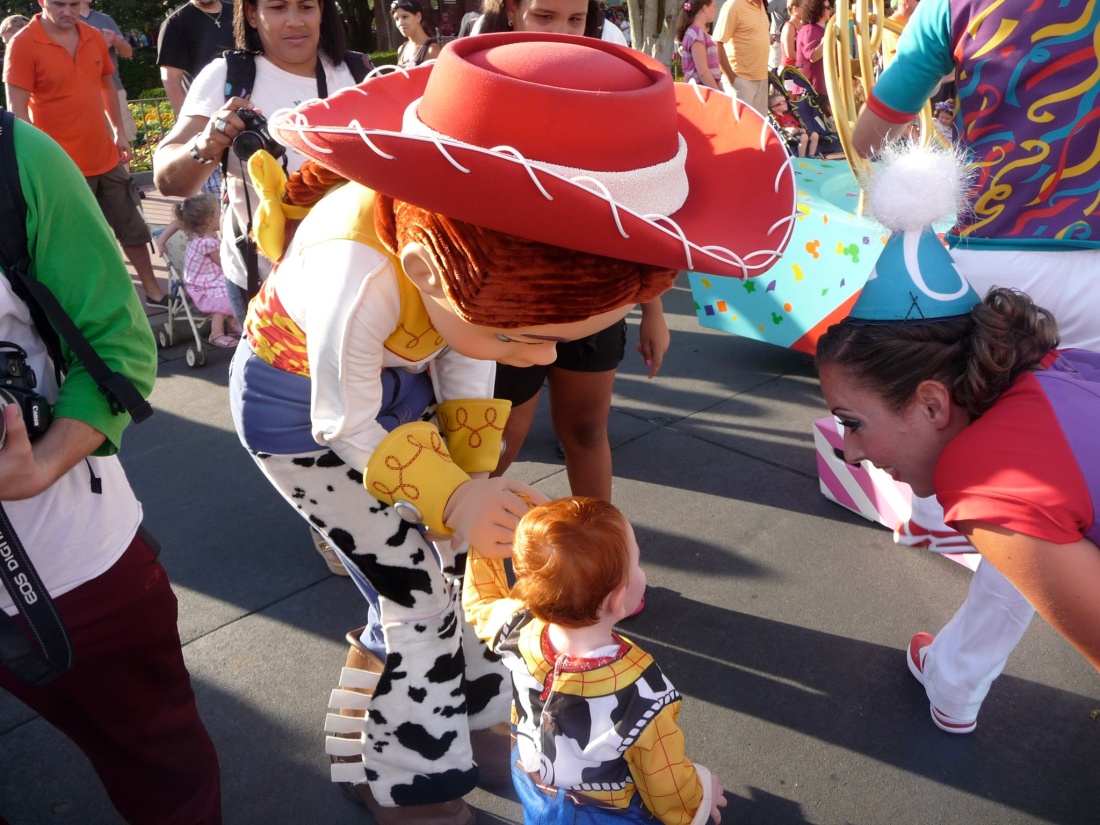 Incredibly Quinn took to meeting characters right away, a meet with Pluto being his very first. We picked up an autograph book on our way into Magic Kingdom on his first day and as soon as he saw Pluto at the flagpole, he started calling his name! Of course we headed over to meet him and I will never forget the look of absolute joy and excitement on his little face as he ran over and gave Pluto a hug! He handed his autograph book and pen over to Pluto like he knew exactly what he was doing and then he didn’t want to leave. Funnily enough, he still doesn’t want to leave when he meets any character now! 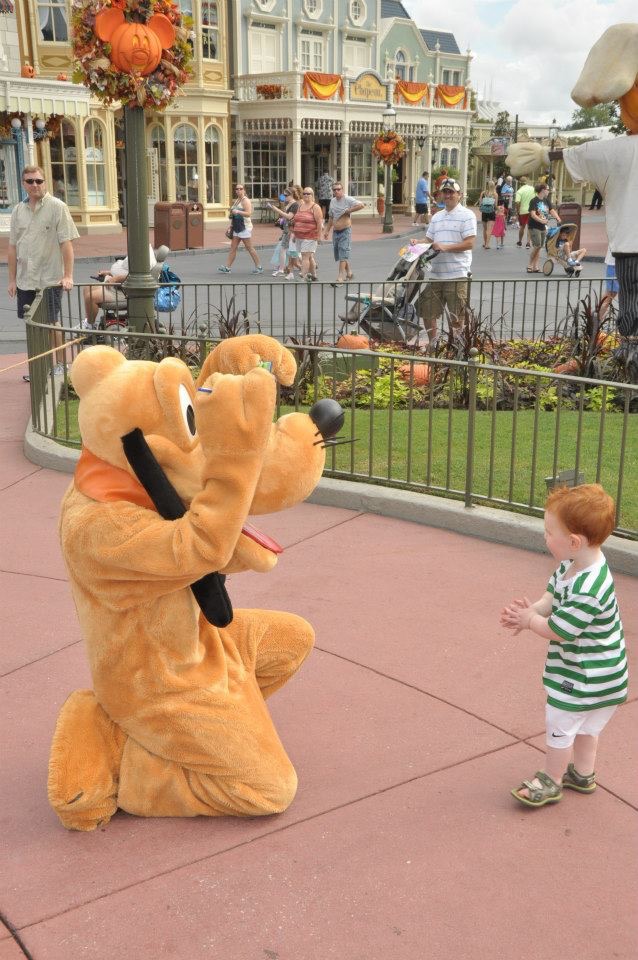 If you are in any doubt of taking your baby or small child to Disney, I would thoroughly recommend it. Walt Disney World has so much to offer for families of every age and there is nothing like seeing the magic of Disney through your kids eyes. Even though they may not remember it, you will have memories that last a lifetime to share with them.

Fast forward a year later to our almost daily visits to watch Dream Along with Mickey. Quinn saw Peter Pan on the Castle stage and that’s when his crazy Little Peter Pan life began! On our next trip he discovered a Peter Pan hat, had it personalised and never took it off the whole time. When we left Disney, he asked for his very first Peter Pan outfit and the rest they say is history!

He gained his name through Cast members calling him Little Peter on his never ending visits to the Never Land Map and at his spot at the clock on Main Street, watching Festival of Fantasy parade in his Peter outfits.

Now everything in his life is Peter Pan and the colour green. He has more Disney outfits than clothes, most of them Peter Pan of course! He likes to dress up as soon as he gets home from School and every weekend. Most of his outfits are handmade or come from the amazing stores that are Rubies UK and Disney store uk.

His whole life is a Never Land adventure and I am so grateful for each and every minute he gets to spend with his hero, his best friend, his everything. I truly hope he never grows up in his heart.

Never grow up and always believe in the magic Quinn!